Afghanistan: How to Pray 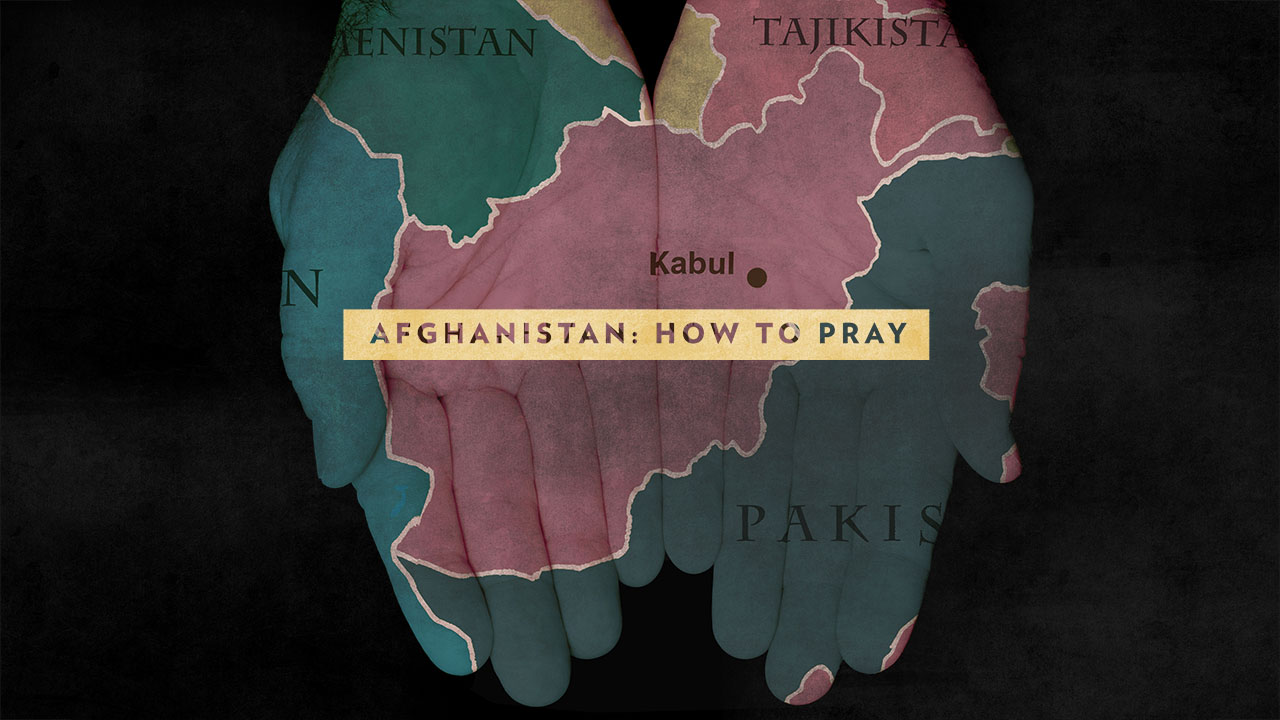 In life there are events that occur and specific moments of time that will be etched into our memories forever. For many of us, one of those events took place on September 11, 2001, when a group of terrorists orchestrated the hijacking of planes and the attacks upon the World Trade Center. If you were old enough to remember that day, you could probably tell me exactly what you were doing or where you were when you heard the news.

I remember that day very clearly, and as an Arab-American my experience of that event and the days and months that followed were in some ways not unlike yours, but in many ways they were very different. I had just graduated from college and moved to Columbus, and I was still trying to get my bearings for this new city. I had just started a job at a local business and had felt welcome; but after the attacks, everything changed. I happened to be off work on that Tuesday when the attacks took place, but when I came into work the next day, it was all anyone and everyone was talking about. Most people were afraid that more attacks would take place or that more cities would be targeted. Some people wanted to engage in conversation with me specifically asking if I had any insight or thoughts on the situation. I had a boss at the time who had told me that I needed to shave my beard to continue my employment (I did not and I remained employed). But what I remember most about those early conversations was the amount of hate that came from people’s mouths. In the early hours and days after 9/11, it was not clear who had made the attacks or even why they would. There was lots of speculation that it was different terrorist organizations or even different people groups responsible. I remember one man at my place of employment going off in an expletive laden tangent that escalated to the point that his solution was to “Bomb the entire region” because “They were all guilty”.

Days later, the terrorist group Al-Qaeda led by Osama Bin Laden, claimed credit for the attack. What is often misunderstood in all of this is that Al-Qaeda and the Taliban are not the same. Al-Qaeda is a Militant Islamist Terrorist organization. The Taliban is a Political Regime in Afghanistan that subscribes to Sharia Law and Pashtun tribal codes that ruled the country for much of the 90’s. The two are not the same, but the political climate that the Taliban provided allowed for a terrorist group like Al-Qaeda to grow and thrive.

British Diplomat and Politician, Rory Stewart, has spent considerable time working and living in Afghanistan as well as writing about the country. He spent the winter of 2001-2002 walking across the war torn country and wrote the book “The Places in Between” to share his experience. This is what he had to say:

When I first saw Kabul in 2001, the city was a ghost town filled with bombed-out buildings and abandoned cars. Close to 4 million Afghan refugees were outside the country, having fled civil war and Taliban rule. Walking in the winter of 2001-2002 from Herat to Kabul, I found no electricity for hundreds of miles. Some of the Afghans I met were unable to accompany me for even a few miles because they were in armed conflict with their neighbors. In many villages, only a single man could read. When I became sick, the nearest clinic was a three-day walk away and had no drugs. Many villages had been burned by the Taliban, salt sown into the fields and the population driven across the border into Iran. One in eight children died before the age of 5. For rural areas, the administrative state didn’t exist. Afghans dreamed of having a say in who governed them, of having opportunities for education, of better access to health care and, above all, of escaping years of violence, in which they had lurched from communist dictatorship to Taliban brutality.

It is with this context in mind that the Taliban are back in control of a country they once brutally ruled. The images surfacing this week of Kabul, the capital, were starkly different from the ones seen just weeks ago. Weeks ago, the city was seen as something to celebrate— it had a bustling economy, education for all people, including women; and women would be seen walking around with no veils or head coverings. Now the shops are closed, people are hiding indoors or trying to flee, and women, if they are seen, are completely covered with veils and full head to toe coverings. The fear is that the same Sharia Law and Pashtun tribal codes that ruled the country for much of the 90’s will be back, that there will be no more women’s education or rights whatsoever, and that any sort of religious freedom, however minimal it was to begin with, will be gone completely.

Afghanistan has a population of roughly 38 million people with an estimated 99% of them being Muslim (19% Shi’a and 80% Sunni). It is unclear what the remaining 1% of the population is, but there is an estimated 2000-3000 Christians in the country. It is believed that many of them converted to Christianity while living abroad. There are no public churches in Afghanistan and Christians practice either alone or in small congregations, meeting in private homes. Even with this in mind, the Taliban, who have only been back in control of the country for days, have already started to target Christians and churches. One Afghan pastor testified to receiving a letter from the Taliban stating “We know who you are, what you do, and where to find you.” The two groups of people with the most to fear are Christians and women. Christians are afraid of persecution and the loss of life. Women are afraid of losing freedom, rights, educational opportunities, and the ability for either an individual or family to choose when and whom to marry. There have already emerged reports of women being forced into sexual servitude in what the Taliban call “marriage” and their “dutiful Islamic privilege and responsibility.”

In the past few days I have had quite a few conversations with friends about this situation, and a few people have reached out to me asking for my thoughts. One of the questions that keeps being presented is “Why, why is this all happening, what’s the point of it all?” When faced with such injustice and evil, we often find ourselves asking such questions. The simple answer is because of sin, that mankind is fallen. But why does this answer seem so unsatisfactory? Why is it that in the face of such injustice that an answer like, ‘man is sinful,’ while true, doesn’t quite feel acceptable? I have wrestled with this question, and I think, at least for me, the reason it doesn’t feel quite acceptable is because it feels like I can’t do anything about it. There is no way that I can go fight the Taliban. The U.S. and other governments have spent the last 20 years liberating Afghanistan and training up an army so that they can protect themselves. The Afghanistan Army’s attempt to defend their country only lasted a few days. So we are left with questions like: What difference can I make? What hope do they have? Why should I care? While it seems that all hope is gone, I would like to submit to you that it is not. There may not be hope in the government, but we believe in, love, and serve a God who is good and faithful and is able to provide hope in even the darkest of situations. The only real hope for mankind is Jesus Christ, and that is true if you live a life of fear, persecution, and injustice in Afghanistan; and it’s true if you live a life of relative comfort in suburban America.

I would like to offer you a few ways that we can all pray for Afghanistan:

To close, I would like to offer a prayer found in the Book of Common Prayer

A PRAYER IN TIMES OF SOCIAL CONFLICT OR UNREST

Increase, O God, the spirit of neighborliness among us, that in peril we may uphold one another, in suffering tend to one another, and in homelessness, loneliness, or exile befriend one another. Grant us brave and enduring hearts that we may strengthen one another, until the disciplines and testing of these days are ended, and you again give peace in our time; through Jesus Christ our Lord. Amen.