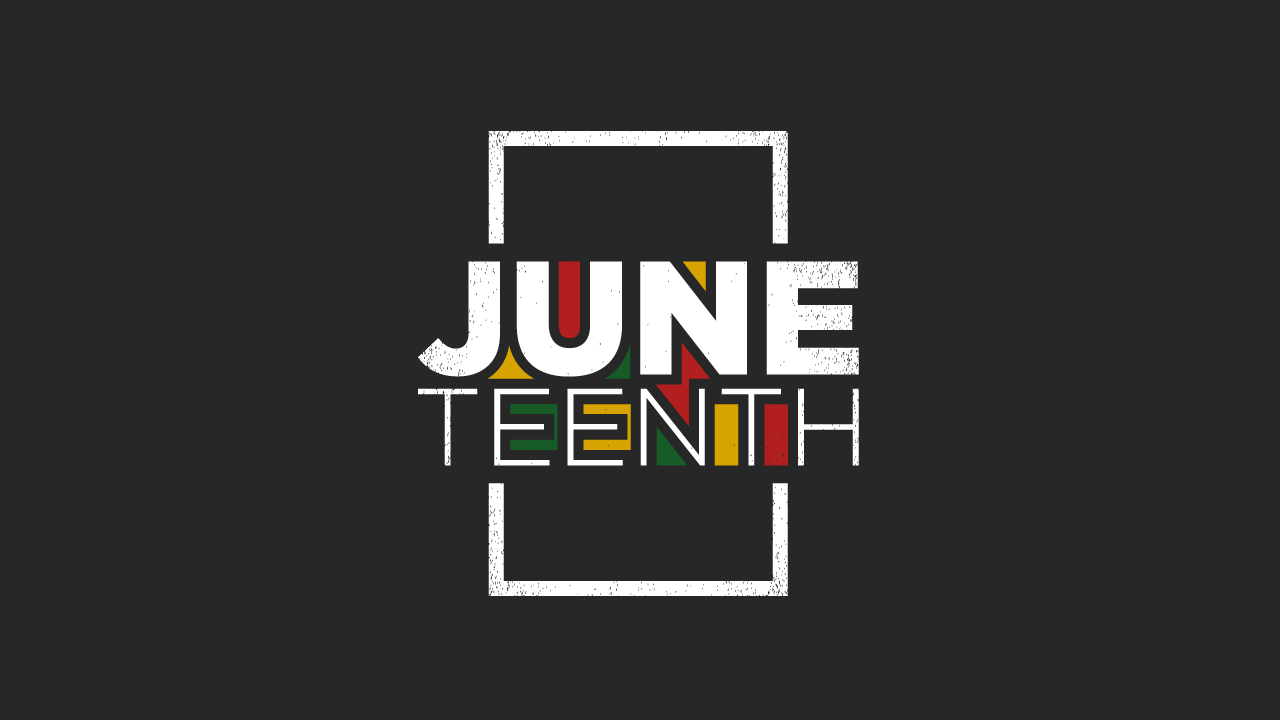 You’re likely hearing a buzz in the community about Juneteenth this weekend, especially as it is now officially recognized as a federal holiday in the United States. I wanted to give you some background on “Juneteenth,” and why I believe it matters to the church.

June 19 is Juneteenth, also called Emancipation Day or Juneteenth Independence Day, a holiday that celebrates the end of slavery in the United States.

Although President Lincoln issued the Emancipation Proclamation on January 1, 1863—freeing over three million slaves in the United States—news of its ratification didn’t reach most slaves until much later.

On June 19, 1865—over two years after the ratification of the Emancipation Proclamation—Union soldiers arrived by boat in Galveston, TX, and announced to the slaves that they were freed from slavery. When the former slaves learned they were free, they “immediately began to celebrate with prayer, feasting, song, and dance.”

Juneteenth has been celebrated annually on June 19 since 1865.

Slavery in America, and the slave trade itself, has been wrong from the beginning. The practice of stealing and selling people was a typical, wicked practice among the nations that surrounded Israel. However, God explicitly outlawed such evil, declaring it to be punishable by death (Exodus 21:16). Even still, the buying, selling, and owning of slaves became prevalently common in Europe and America. Sadly, this practice was not limited to the secular population; many self-identifying Christians owned slaves. Among such are many names revered in America, including founding fathers and ministers of the Gospel. However, no matter their background or justification, the ownership of slaves is and has always been wrong.

Though the institution’s sinfulness was less evident to many here in America, for many Christians outside of America, its stain was obvious.

William Wilberforce, a British politician, philanthropist, and a leader of the movement to abolish the slave trade, resolved to “commit his life and work to service of God” and to remain in politics with “increased diligence and conscientiousness.” With a strong desire to put his Christian principles into action and serve God with his public life, Wilberforce soon began a quest that would outlive him, but would eventually result in the abolition of slavery in most of the British Empire.

Charles Spurgeon also championed an anti-slavery, abolitionist message from his pulpit and published works. He made his position on the equality of slaves plain by regularly receiving ex-slaves into his Pastor’s College and his pulpit. He articulated well his feeling toward slave owners when he wrote: “I do from my inmost soul detest slavery . . . and although I commune at the Lord’s table with men of all creeds, yet with a slave-holder I have no fellowship of any sort or kind. Whenever one has called upon me, I have considered it my duty to express my detestation of his wickedness, and I would as soon think of receiving a murderer into my church… as a man stealer.”

Spurgeon’s sermons became so unpopular in the Southern states of America that published comments from many states included insults and attacks on his character and a call to host public burnings of his printed sermons.

As grateful as we can be to such men for their legacy of Christian love and life-long commitment to Gospel-centric equality, many of their contemporaries viewed such stances with apathy or opposition. However, Juneteenth marks the final victory for the many voices that stood against the abhorrent institution of slavery. Our country is still plagued with national sins, but Juneteenth marks the day when a world-sized, centuries-spanning sin was finally conquered.

Juneteenth symbolizes the day an unrighteous institution was broken, and when God Almighty delivered America’s domestic slave population. But it can also signify a day when non-black Christians rejoice WITH your black brothers and sisters who were physically set free. We can celebrate the many Christians who rose beyond apathy and fought and spoke out against the great injustice of slavery. We can listen and talk about the Savior who came to release the captives and free the oppressed, and by whose grace we all stand on equal footing before the Cross. Perhaps through the commemoration of this monumental day, we can begin the much needed, Christ-honoring, and neighbor loving healing that Jesus died to make possible.

Ways to Celebrate Juneteenth in Columbus, Ohio
by Lexi Sweet

Steal Away Home
by Matt Carter and Aaron Ivey

Thomas Johnson and Charles Spurgeon lived worlds apart. Johnson, an American slave, born into captivity and longing for freedom— Spurgeon, an Englishman born into relative ease and comfort, but, longing too for a freedom of his own. Their respective journeys led to an unlikely meeting and an even more unlikely friendship, forged by fate and mutual love for the mission of Christ. Steal Away Home is a new kind of book based on historical research, which tells a previously untold story set in the 1800s of the relationship between an African-American missionary and one of the greatest preachers to ever live.

The Color of Compromise
by Jemar Tisby

The Color of Compromise is both enlightening and compelling, telling a history we either ignore or just don’t know. Equal parts painful and inspirational, it details how the American church has helped create and maintain racist ideas and practices. You will be guided in thinking through concrete solutions for improved race relations and a racially inclusive church.

Up From Slavery
by Booker T. Washington

Up from Slavery is the 1901 autobiography of American educator Booker T. Washington (1856-1915). Born in a Virginia slave hut, Washington rose to become the most influential spokesman for African Americans of his day. In this eloquently written book, he describes events in a remarkable life that began in bondage and culminated in worldwide recognition for his many accomplishments. In simply written yet stirring passages, he tells of his impoverished childhood and youth, the unrelenting struggle for an education, early teaching assignments, his selection in 1881 to head Tuskegee Institute, and more.Up from Slavery is one of the greatest American autobiographies ever written. Its mantras of black economic empowerment, land ownership, and self-help inspired generations of black leaders, including Marcus Garvey, Elijah Muhammad, Malcolm X, and Louis Farrakhan. His philosophies are relevant to today’s climate, and are still alive and well within the fabric of Black America. This book is necessary for every collection of classics!