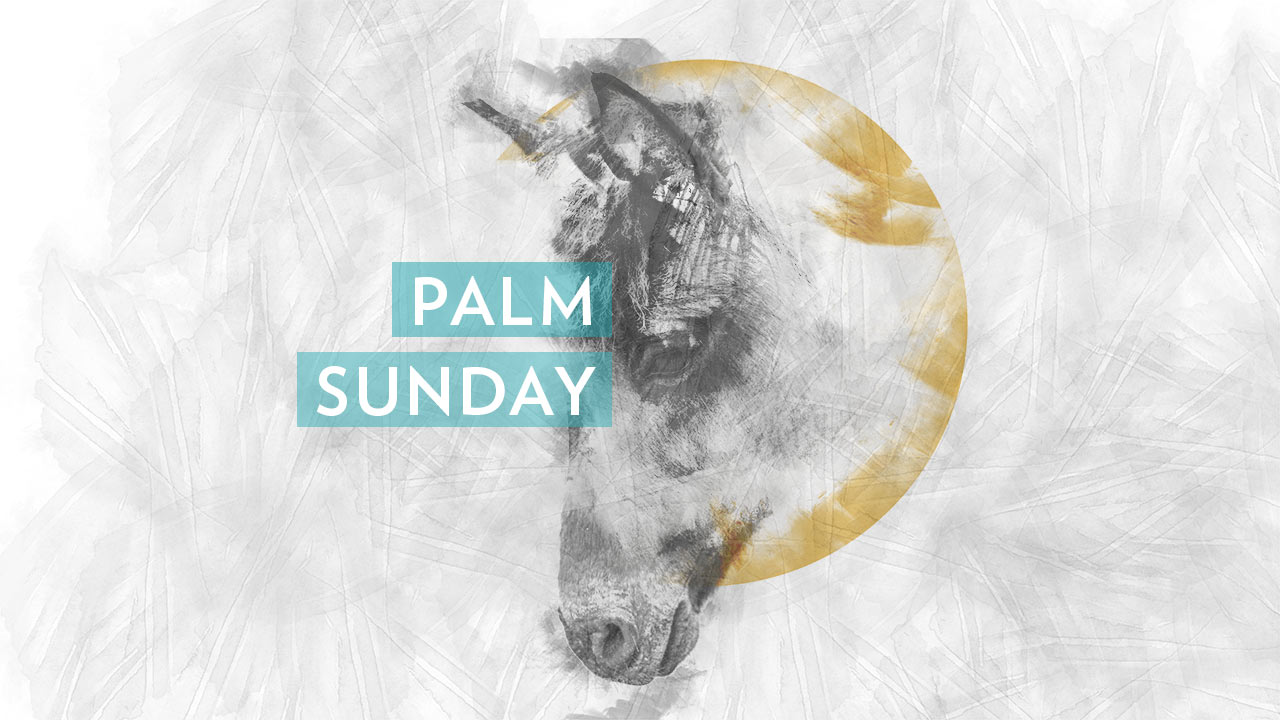 Palm Sunday is a day of celebration that the Lenten season of longing and waiting is coming to an end as we start Holy Week and look forward to Easter! And the hope of the resurrection is something we all desperately need.

For most, this past year has been a year of disappointment, it has not been what we expected or wanted; and for many others it has been a year of despair, it has brought what we most feared. We have seen sickness and death, hatred and injustice, racism and division, violence and murder, lies, unforgiveness, and hostility to the gospel. We are all longing for the right leader to make things right, for someone or something to deliver us from the evil and brokenness we see in the world and the disappointment we feel in our own lives.

Which is exactly what we see happening on the first Palm Sunday when the Israelites saw Jesus coming into the city. Jesus had just been in Bethany where he resurrected his friend Lazarus from the dead and as you would imagine after that, word spread. The crowds were wondering, “could this be the Messiah?!” So when they heard the first person on the road to Jerusalem shout out, “There he is! I see him, there on the donkey, he is coming!” Zechariah 9:9 would have rushed to their minds, “See, your king comes to you, righteous and victorious, lowly and riding on a donkey.” They celebrate, with overwhelmed excitement and expectation, taking off their cloaks and laying them across the road, they cut palm tree branches to make a path for Jesus to enter the city. As Jesus rides by, they start praising him by singing Psalm 118, “Blessed is he who comes in the name of the Lord!” “Hosanna,” they shout, which means “Lord, save us!”

You can imagine their expectations, hopes, and dreams that finally their king has come to deliver them from their enemies, to save them from the evil all around them, and to make everything right and good. That night, all across Jerusalem over dinner they would have been talking about what Jesus was going to do to the Romans and what he would do for them. But then over the next week, they would have struggled through the disillusionment of their expectations failing to match their reality. We are a lot like these crowds, because when your expectations don’t meet your reality, you become disillusioned and it can be almost impossible to see the reality of what God is actually doing,

People tend to assume that the God who is, is the god they want. We expect God to be something or to do something, only to realize that he has his own plans, and in those moments, we can drown in disappointment. The crowds of Jerusalem had expectations for how God was going to work, of what God was going to do, but their view of God and their expectation for what he would do was an illusion. The Savior they were expecting was not the Savior who came. [1]

Palm Sunday starts with the crowds celebrating, crying out, “Messiah, save us,” but when Jesus doesn’t save them how they expect, their cries of praise, turn into cries of condemnation on Good Friday, as they shout, “crucify him, crucify him!”

You see, when your expectation collides with reality, and you find out that what you were clinging to was an illusion, you become disillusioned. That’s a word that unfortunately has come to mean cynical or hopeless, but what it actually means is not the loss of hope but the loss of an illusion; it’s what happens when our illusions disappear. Which means perhaps we might be able to see our true hope more clearly. When God tears down our idols, when he fails to conform to our expectations, as hard as it is, he is tearing down an illusion about the world, about who we are, or about who he is, so He can replace it with the truth.

That’s why Jesus wept as he entered Jerusalem. Even though they praised him. He wept for them, saying, “Would that you, even you, had known on this day the things that make for peace! But now they are hidden from your eyes.” -Luke 19:42

When King Jesus came riding on that donkey they didn’t see that he was bringing a better gift than they hoped. The reality of who he is was better than the illusion they were settling for. When they shouted, “crucify him” in their disappointment, he was not saving them from their enemies by making peace with the Romans, he was crucified to save them from the greater enemies of sin and death by making peace with God. Jesus was bringing a greater kingdom than they could ever imagine.

On Palm Sunday, we celebrate that God gave himself, his presence, his kingdom, his grace. So in the midst of the sin and evil we see in the world and in our own hearts, we don’t have to grow bitter and cynical and despair, we can lament and repent and rejoice in hope. We can turn from Jesus and cling to our illusions like the crowd who sang, “Hosanna” on Palm Sunday and then shouted, “crucify him” on Good Friday, or we can turn to the real crucified Jesus and say, “Lord, save us!” He was crucified to save us from our sin. He rose from the grave giving us the assurance of hope that his kingdom will come. And He sends his Holy Spirit so that in the evil and brokenness of the world we can live as ambassadors of his kingdom on a mission of redemption and reconciliation.